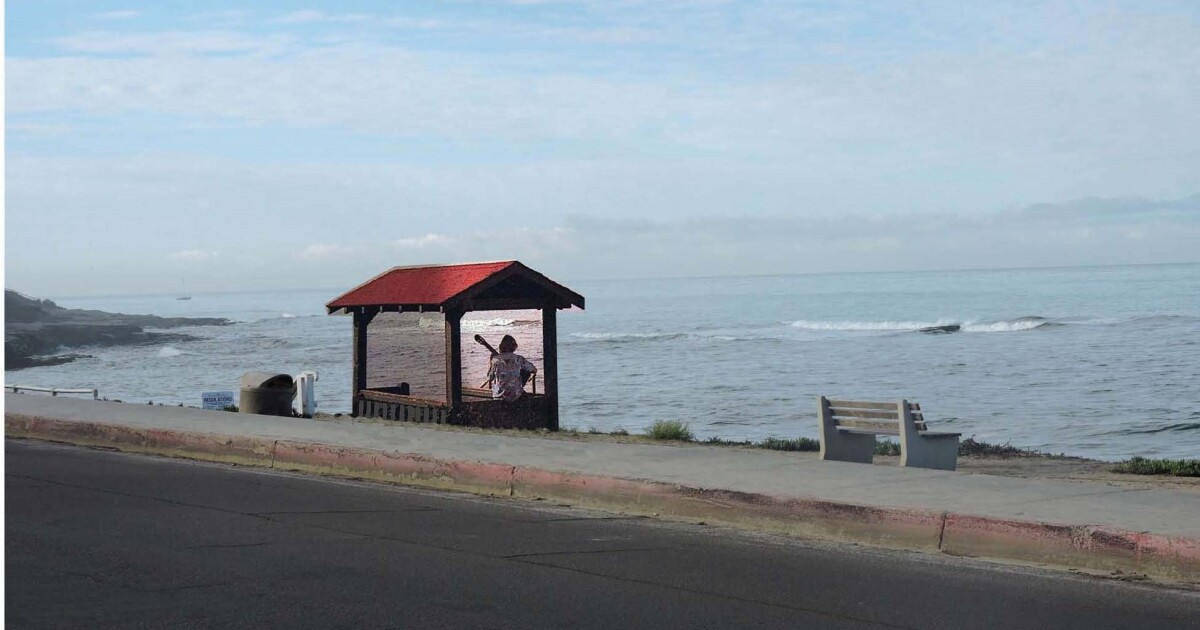 Another attempt to stop a construction project for a gazebo (also known as the gazebo) failed on June 23 when the San Diego Planning Commission unanimously rejected an appeal from the Preserve Windansea Beach Association .

The plan calls for coastal development and site development permits for a public-private project along the west side of Neptune Place between Westbourne Street and Palomar Avenue in La Jolla. Work would include construction of the gazebo shade structure on Neptune near Rosemont Street, as well as the continuation of post and chain barriers and new benches and litter bins. The whole project is to be funded by the Friends of Windansea. Proponents of the project say the structure would replace a gazebo built in the 1920s and demolished in the 1980s in an apparent act of vandalism.

Members of the Preserve Windansea Beach Association, formed last year by opponents of the gazebo, say they are in favor of repairing the elements of the project but are against the construction of the gazebo.

They said they plan to continue the fight with an appeal to the California Coastal Commission.

A similar appeal was filed with a San Diego hearing officer, who in April ruled in favor of the project. In November, the San Diego City Council denied an appeal by Preserve Windansea Beach over the city’s decision that the project was exempt from California Environmental Quality Act review and would have no impact significant environment.

As with similar appeals, those opposing the gazebo’s construction called it a “nuisance” and an “horror.”

Representing the Preserve Windansea Beach Association, Suzanne Baracchini said the city and Friends of Windansea have not maintained Windansea, which poses a danger to public safety, and would not be able to maintain any additional structure. She also questioned the financial stability of Friends of Windansea.

Other residents argued that the lookout would attract crime to the area. Opponents have also expressed concern that the lookout could damage the cliffs, attract parties and/or homeless people and lead to increased litter in the area.

Landscape architect and Friends of Windansea member Jim Neri advocated for the project, telling commissioners that the lookouts that dot parts of La Jolla’s coastline contribute to the “cultural fabric” of the community and that Friends of Windansea have executed other projects ‘from concept to completion’ and are able to do so with this project. He said the Friends – formed in 1997 as an ad hoc group of bathers and residents to make improvements to the area that would slow erosion – have drawn up a plan that includes the creation of a parking lot and stairs to access to the beach that the city approved in 2000.

“This project aims to protect our cliffs and make improvements consistent with what we have already done and maintained,” he said. “The structure is good for the community, good for the city and part of our heritage.”

Others said the gazebo would provide shaded access to the beach for people with physical limitations.

To maintain the structure, the city plans to enter into an agreement with Friends of Windansea, but details have not been determined.

During the Commissioners’ comments, Ken Malbrough said the beach is “a public facility and belongs to the citizens. The neighborhood should have its say, but it must work for the citizens.

Saying he wanted the groups to be able to work together to find a solution, he decided to reject the appeal and support the project.

Seconding the motion, Commissioner Dennis Otsuji said: ‘This is not an underserved community – you have great resources and you need to work together. This stretch of beach is one of the most beautiful in the world. … We need a lot of care, but it takes an effort from everyone to achieve it.

Others expressed confidence that the city could maintain the lookout if it were built.

After the vote, Neri told the La Jolla Light that Friends of Windansea is pleased with the denial of the appeal and “we look forward to continuing our public-private partnership with the City of San Diego, with the support of the La Jolla community, to spend valuable private donations on real improvements instead of fighting baseless appeals.

However, Preserve Windansea Beach intends to file an appeal with the Coast Commission, its last chance to block the project.

The association said in a statement that the planning commissioners based their decision on “misrepresentations and erroneous financial statements of [Friends of Windansea]. FOW deceived the community into thinking they were the long-term guardians of Windansea. The poorly placed benches, fences and stairs are rotting and sliding off the cliff. FOW has chosen not to spend available funds to address these issues, but will now spend over $100,000 to build a gazebo in Windansea. … They have created another burden on the city of San Diego, which cannot repair or restore the Scripps Park gazebos.

FOW estimated the cost of the gazebo portion of the project at $24,000. “We will update the prices after [City Council] approval,” Neri said.

The gazebo proposal has been supported by many La Jolla community planning groups since it began circulating in 2018.

2022-06-24
Previous Post: Labor shortages remain a thorn in the side of Biden’s plan
Next Post: Discrimination, money issues affect the immune system