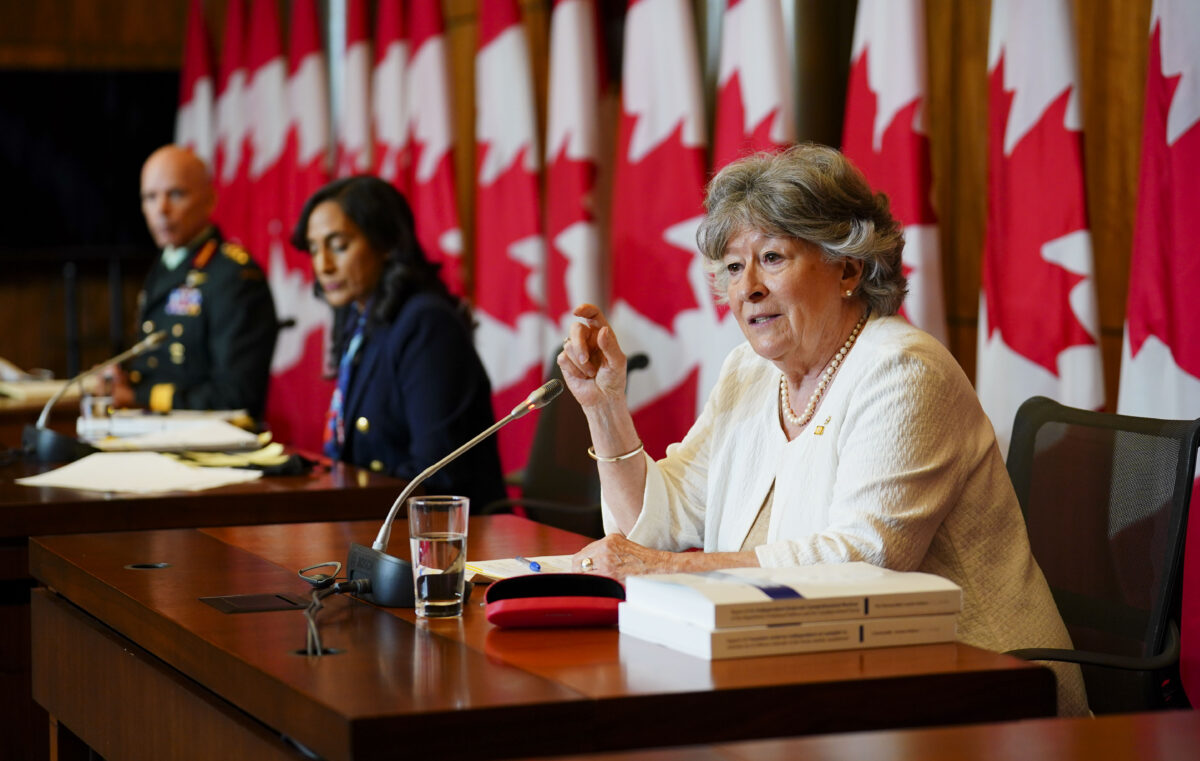 A dispute between the federal government and provinces over funding and other resources is slowing efforts to shift military police investigations and prosecutions of alleged sex crimes to civilian authorities.

Defense Minister Anita Anand said last November that the Canadian Armed Forces would begin to transfer criminal sex offenses to civilian police forces and the courts on an interim basis.

The decision followed an interim recommendation by Supreme Court Justice Louise Arbour, who was leading an external review into sexual misconduct and harassment in the Canadian Armed Forces. She said the transfer of military cases to civilian police and the courts was necessary to dispel widespread mistrust and doubts about the military’s ability to properly handle such cases.

Provost Marshal Brig.-Gen. Simon Trudeau, the top military police officer, reported last month that 22 new investigations and nine pre-existing cases had been accepted by civilian police forces, including the RCMP, municipal police forces in Quebec and some others. provinces.

What Trudeau did not say is that at least 23 cases have been dismissed by civil authorities and remain in the hands of military police amid a disagreement between Ottawa and several provinces over funding and d other resources.

Anand cited those numbers in a letter last month to Ontario Solicitor General Sylvia Jones as she urged Jones to push the province’s police and courts to agree to the transfers.

“Our goal is to have civilian police agencies investigate and civilian courts adjudicate all Criminal Code sexual offenses allegedly committed by a CAF member,” Anand wrote in the June 5 letter.

“The civil justice system and civilian law enforcement already have jurisdiction over these Criminal Code offences, and I urge you to ensure they exercise their jurisdiction and uphold the law.

Anand’s letter made no mention of funding or other federal support despite receiving a letter from Jones three months earlier stressing the need for additional resources to respond to military cases in the “already strained system” of Ontario.

Instead, Anand said the federal government is considering permanently removing the military’s jurisdiction over criminal sex offenses — a move that would dump all those investigations and prosecutions in the lap of the provinces.

“This includes the federal government providing hard data to local police departments on which cases to transfer so they are equipped to investigate and prosecute potential interprovincial and international charges in a way that supports victims of sexual assault. “said spokeswoman Hannah Jensen in a statement. E-mail.

Ontario is not alone in making the request.

A statement from the British Columbia Ministry of Public Safety and Solicitor General also calls for “adequate resources and consistent protocols, procedures and standards to support both survivors and civilian police.”

“We will continue to work with BC Police Services, Victim Services and (the) BC Prosecution Service as the CAF works to implement case transfers,” says the press release.

In his final report released in late May, Arbor noted that some police forces and associations representing police chiefs had publicly and privately opposed his earlier recommendation that the military transfer cases to their jurisdictions.

These included the Ontario Provincial Police, the Ontario Association of Chiefs of Police and its counterpart in British Columbia.

Still, she noted that some other provinces and police departments have agreed to accept such cases, including Quebec. She went on to say that, based on historical trends, all provinces except Ontario were likely to see fewer than 25 additional cases per year.

Ontario would likely see about 70 new cases, but Arbor said those numbers don’t justify saying no to their transfer.

“The number of cases, spread across the country, with a slightly higher volume around CAF bases and wings, and virtually none elsewhere, provides little justification for this refusal to enforce the law,” she said. about those who oppose taking over military affairs.

“The targeted need for additional resources, if any, can be easily identified and met.”

Arbor went on to predict that unless the federal government formally removes the military’s jurisdiction over criminal sex offences, Ottawa and the provinces would engage in “endless discussions” between the two sides.

While the Provost Marshal’s spokesman, Lt.-Cmdr. James Bresolin says military police are continuing to deal with cases their civilian counterparts have refused to accept, the situation is raising new concerns about the impact on victims of sex crimes.

“The concern for victims is really that there seems to be a kind of hot potato situation where some of the provinces basically don’t want to take the cases,” said Megan MacKenzie, a military sexual misconduct expert at Simon Fraser University. to BC

“Victims are going to be affected if there’s this kind of back-and-forth between different authorities and potentially under-resources and disputes over who should be handling these cases.”

Charlotte Duval-Lantoine of the Canadian Global Affairs Institute, whose book on military sexual misconduct was published last month, worries for victims who may only have come forward because they thought their case would not be handled by the armed forces.

“It’s going to help re-traumatize people who have waited decades to come forward.”