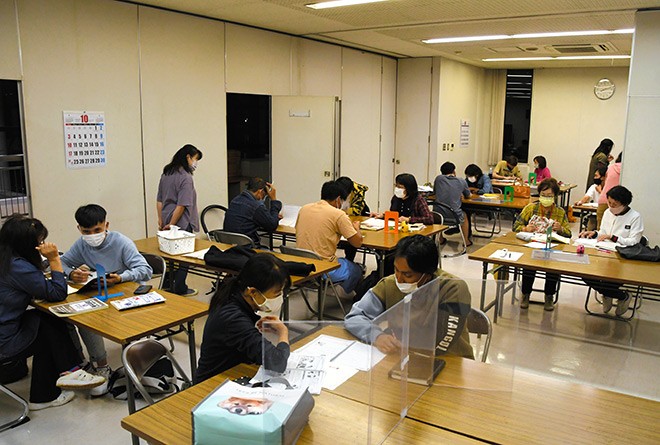 A new accreditation system for Japanese-language schools would see the education minister license schools, according to a draft plan the Agency for Cultural Affairs presented May 31 to a panel of experts.

Accreditation of Japanese language schools by the Ministry of Education will comply with new standards on curricula and school facilities, among others.

Another idea is to have Japanese language schools reported to the Minister of Education. The minister could then give a notice or an improvement order to a school, if necessary.

The aim is to maintain quality in schools even after they are accredited, the agency said.

Another plan is to create a new qualification called “registered Japanese teacher”. This would only allow people who pass certain exams, to undergo practical training and register with the Ministry of Education to teach in accredited schools.

Under the plan, teachers would be registered with the Ministry of Education after passing examinations on Japanese knowledge and teaching skills and undergoing practical training at designated teacher training schools.

However, Japanese language schools are not required to obtain accreditation.

On the contrary, the new school accreditation and teacher registration system aims to improve the quality of Japanese language teaching, which some say is patchy at the moment.

Accredited schools, however, could present themselves as such when recruiting students, for example.

A new law to promote Japanese language education was enacted in 2019 as the number of foreigners living in Japan increased.

The law obliges the government to implement measures such as the creation of a new qualification for teaching Japanese, which the agency is working on.

The agency showed the draft plan to the gexpert group to find ways to maintain and improve the quality of Japanese language education.

The agency is currently working on the details of the plan to legislate.

Under the current system, Japanese language schools that accept foreign students must meet standards set by the Ministry of Justice.

Teachers working for these schools must also meet certain requirements, such as completing a Japanese language teacher training program at universities or other private institutions.

However, experts have said that what is taught in Japanese language teacher training programs is not uniform.

It is also difficult to test the expertise of Japanese teachers in the current system.

There is no standard guaranteeing the quality of Japanese lessons outside the system of the Ministry of Justice. These courses include Japanese courses provided by local authorities or volunteers in communities, or those provided within companies for their employees.

In August last year, a different group of experts proposed a new system in which the government ranks Japanese schools or courses based on why students want to learn the language.

The categories helped students “study in Japan”, “work in Japan” or “live in Japan”, the group said.

The group also proposed that the Ministry of Education assess and rate these categorized schools or classes.

Considering the diverse needs of Japanese language students, the group stressed the importance of people having various opportunities to learn the language, including those provided by local volunteers.

“We must be careful that any new government system does not limit the voluntary and independent nature of Japanese language classes provided in local communities,” the group wrote in its proposal.