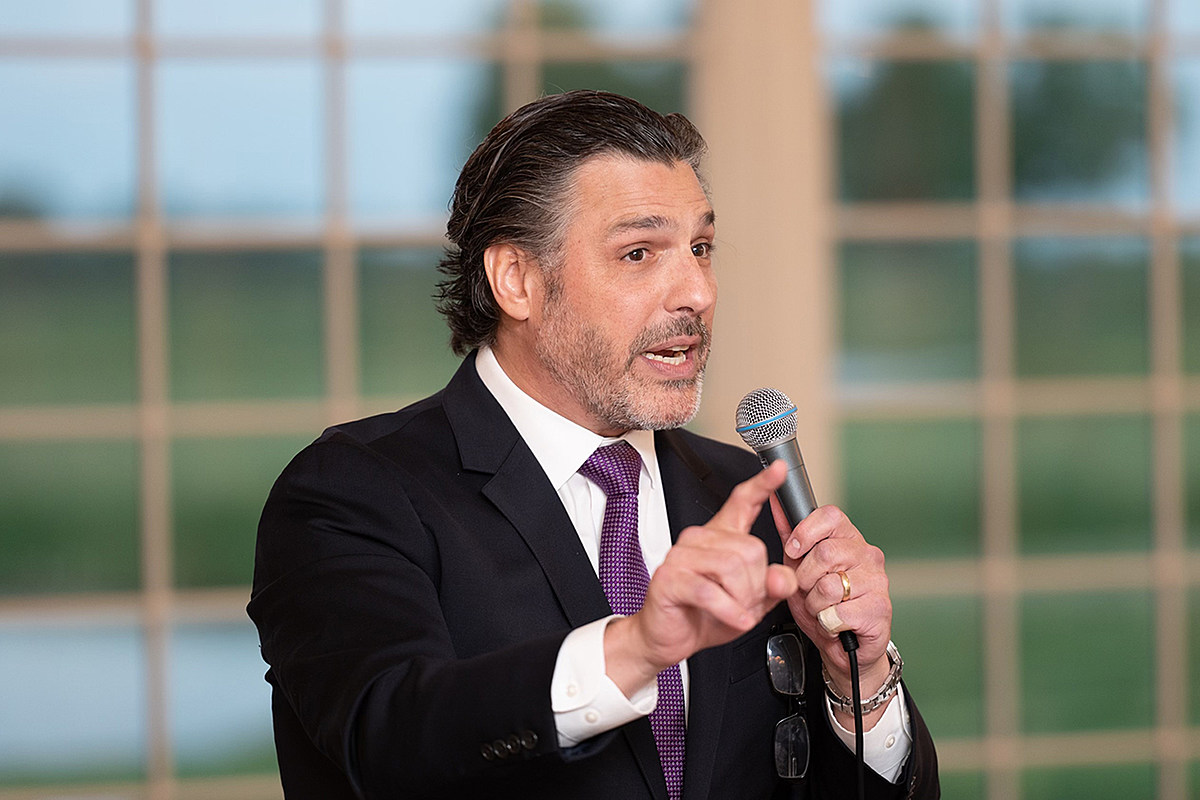 Earlier this week, I met a young man who dedicated his time to fighting for our rights and our country. His name is Shawn Farash and he’s from Long Island. His acting career as a Trump impersonator began by accident while bowling with friends. His name is “Captain Deplorable 45“.

He leads a group called “Loud Majority” and is on a mission to help people regain their rights as Americans after shutdowns and mandates.

The conversation is funny and insightful, and yes, he does the best Trump impression I’ve heard. In fact, do not take my word for it, agrees the former president. Listen to the story here:

We’re excited to have Shawn appear as “Captain Deplorable 45” at our upcoming “A Seat At The Table” event.

This event is a gathering of several hundred parents, patriots and small business owners from across New Jersey. Perhaps one of the strongest aspects of the nearly sold-out affair is that there are national speakers coming to help New Jersey emerge from a corrupt Democratic majority and weak Republican opposition. We are truly building a movement of tens of thousands of concerned citizens ready, willing and able to fight back.

As I talked about on air, the wins in 2021 are just the starting point. We saw hundreds of new candidates at the local level. Many moms and dads have decided they just have to step up and get involved in local government to prevent the onslaught of bureaucracy on their families and businesses.

We have seen many new faces win the Assembly and State Senate elections. We’ve seen some go over the vote total at the top of the ticket. This meant it was a grassroots wave of new voters unhappy with the weak and loose elites of the top political class.

We captured the energy of this local push with our new advocacy group, the common sense club. We have reached FORTY THOUSAND members and are adding 1,500 every week. We certainly learned a lot from the 2021 competition.

The GOP gubernatorial candidate had been running for governor since he was embarrassed in 2017 by losing the primary to Chris Christie’s LG Kim Guadagno. Can you imagine losing to someone closely associated with the least popular governor in our lifetime? You must really try to fail this wretch. Fast forward four years and the same guy loses to Murphy despite an outpouring of backlash from parents and business owners. The same backlash that catapulted the GOP candidate in Virginia to victory was unhappy with the NJGOP hand-picked guy.

Making this story even more disappointing for New Jersey, now stuck with Murphy for the next four years, is that the NJGOP is taking a victory lap claiming that shutting down means a win. Don’t buy it. And never forget that the “corruption cabal” is currently running the NJGOP. Palatucci, Bramnick, Kean, Hugin and Jack Citarrelli all left you and your families on the battlefield to fend for yourselves while Murphy and the Democrats destroyed our schools, destroyed thousands of small businesses, hurt our children and made our less secure communities.

For his part, Jack couldn’t even take the time to speak on behalf of the fired Newark firefighters for not taking the hit. He couldn’t even commit to ending the mask mandate for children! Jack wouldn’t even consider cutting funding for planned parenthood and returning to Chris Christie’s budget level.

We tried to reach him and explain to him that he and the NJGOP were simply ignoring the real crisis affecting our fellow New Jersey people. We even made it super easy by outlining SIX things Jack could do ahead of the election to win voters’ trust. Jack and his kitchen cabinet of incompetents were more interested in campaign pay than providing a solution, so they ignored US AND YOU.

The people of New Jersey deserve much better. There are over TWO MILLION unaffiliated voters and ONE MILLION registered Republicans. They are ready for real leadership and real change. They are ready for the fighters who will protect our neighborhoods and defend families, small businesses and first responders. Many of these leaders will be joining me at our first annual event which will take place on Thursday April 28 at The Palace in Somerset. Join me there www.asattnj.org

The above post reflects the thoughts and observations of Bill Spadea, host of New Jersey talk show 101.5. All opinions expressed are those of Bill. Bill Spadea is on the air weekdays from 6-10 a.m., speaking from Jersey, taking your calls at 1-800-283-1015.

WATCH: States with the most new small businesses per capita

Municipal tax bill for every city and town in NJ, filed

Just under 30 cents of every $1 of property taxes collected in New Jersey supports municipal services provided by cities, townships, boroughs, and villages. Statewide, the average municipal tax bill alone in 2021 was $2,725, but that varied widely from over $13,000 in Tavistock to nothing in three townships. In addition to the $9.22 billion in taxes for municipal purposes, special tax districts that in some locations provide municipal services such as fire protection, garbage collection or economic development collected 323, $8 million in 2021.