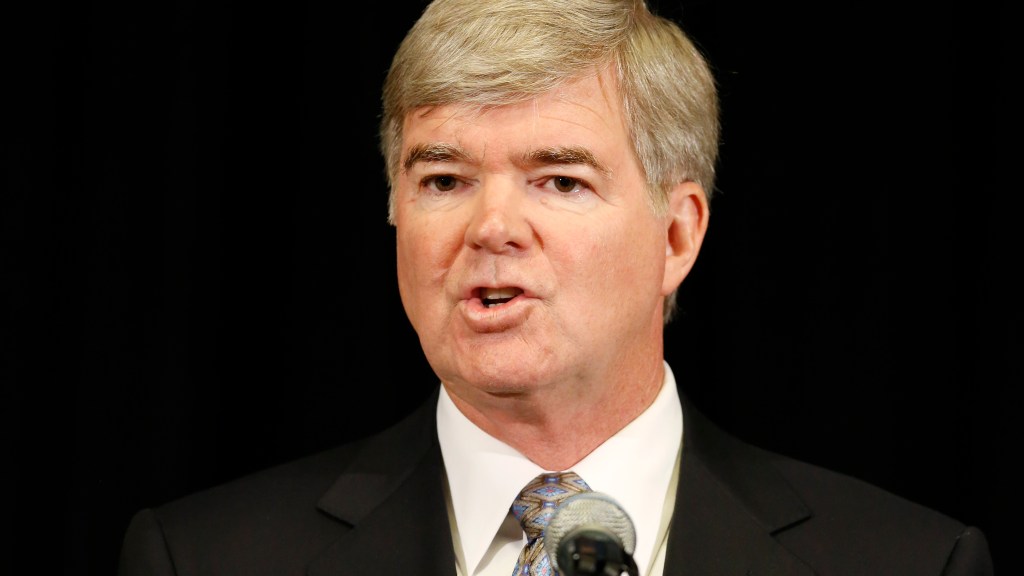 The NCAA is preparing for a monumental change in leadership. On Tuesday evening, the NCAA released a statement announcing that Mark Emmert will step down as NCAA President effective June 2023. Emmert is now officially entering his final season as president of collegiate athletics’ highest governing body.

“Throughout my tenure, I have emphasized the need to focus on the student-athlete experience and priorities,” Emmert said in a statement. “I am extremely proud of the work of the Association over the past 12 years and especially pleased with the hard work and dedication of the national office staff here in Indianapolis.”

Emmert’s impending resignation comes as the entire landscape of college athletics undergoes seismic change. The era of NIL rules and years of conference realignment in pursuit of larger media revenue packages has led to many questions about where the NCAA stands in all of this. Emmert, fairly or not, has been tasked with being the face of an organization that seems to be losing more and more credibility and respect over the years.

Emmert has served as NCAA president since 2010, a role he rose to after a six-year run as president of the University of Washington. Emmert has been the target of criticism on numerous NCAA investigations, including one on Penn State in the fallout from the Jerry Sandusky scandal in 2011.

Emmert was also the voice of the NCAA in the landmark Ed O’Bannon lawsuit that challenged the NCAA’s authority to ban athletes’ ability to capitalize on their own name, image and likeness.

For all the controversy aside, the bottom line here is that the NCAA is now in a position to hire a new president, and one who will continue to be the voice of an institution that needs respected and capable leadership. to support the constant evolution. landscape of the college sports world.

And while the list of deserving candidates for the job is no doubt intriguing to watch, one can’t help but wonder if outgoing Penn State AD Sandy Barbour might be a viable candidate, or if she’d even be interested in a job. such post. Barbour has been a well-respected director of athletics at Cal and Penn State, and she’s heading for her own retirement from her current position at Penn State later this summer (and her successor may already be lined up).

Maybe just something to keep hidden in the back of your head for now. Chances are the NCAA will go for someone with experience as college president, but it’s a decision that will be watched very closely over the next year.