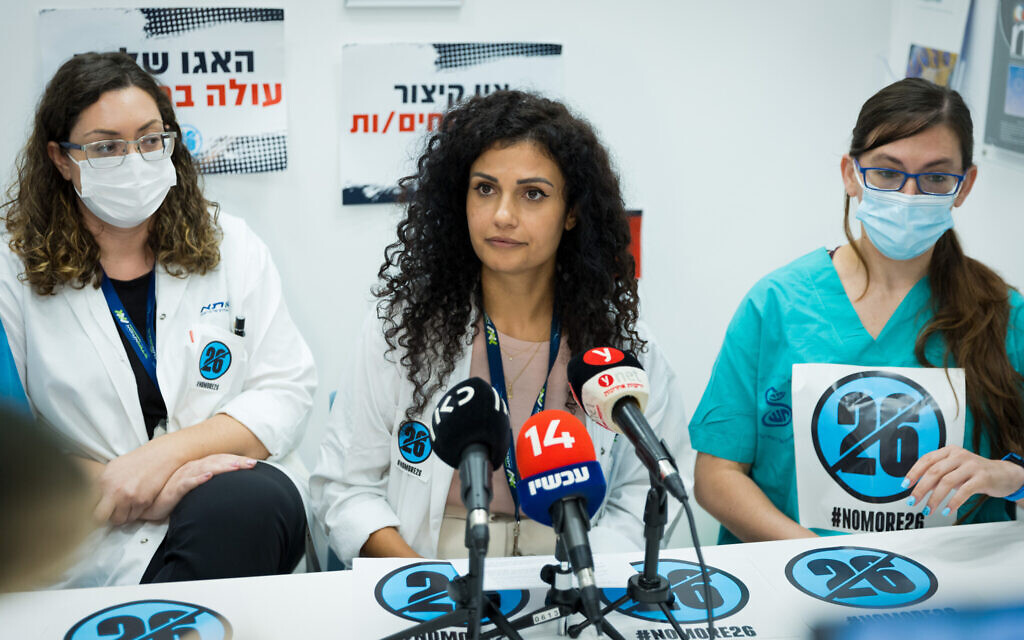 Hospital residents renewed their fight against 26-hour shifts on Monday in response to a government announcement that a plan to reduce shifts to 6 p.m. had been postponed until September 2023.

Speaking at a press briefing at Assuta Medical Center in Ashdod, Dr Rey Biton, head of the resident doctors’ organization Mirsham, issued an ultimatum to the government, threatening to mass resign staff if the decision remains unchanged by August 25.

“At the same time, in the coming days, we will carry out extensive protest actions inside and outside hospitals,” Biton promised, calling the postponement a “death sentence.”

The plan to gradually reduce shifts was due to take effect earlier this year, starting with a pilot program in 10 hospitals in so-called outlying areas outside Israel’s central cities. This followed mass resignation threats last year by thousands of medical residents to protest long shifts. Protesters warned at the time that the proposed government plan was announced, in October 2021, that it was too vague and had no clear rollout.

Sunday’s announcement followed an employment tribunal petition filed in April by health fund Clalit which claimed there were not enough workers to absorb a reduction in resident working hours. and that, as a result, public health would be affected, according to the Maariv newspaper. The petition was filed against the Ministry of Health and the Ministry of Economy.

In response, Economy Minister Orna Barbivai said on behalf of the government that the issue could only be resolved by the next Knesset after the November 1 elections, according to Israeli media.

But Biton claimed on Monday that the election was “a poor excuse for poor governance.”

She said: “This government has failed both professionally and morally, both because it has kept no commitments and no agreements with us, and also because it continues abusive and dangerous employment in conditions of slavery.”

Last October, thousands of residents quit in protest at the 26-hour shifts they are supposed to work. The government then proposed a plan under which shifts at 10 hospitals in outlying areas would be reduced to 4-6 p.m. It was to start on April 1.

In its petition, Clalit claimed that another 300 doctor positions would be needed to cover the shortfall if resident hours were reduced.

Additionally, outlying hospitals said they did not have enough staff to fill teams, and the finance ministry refused to budget for new doctor posts.

Residents of more central hospitals have also rejected the plan, demanding that shifts at their workplaces be reduced as well. 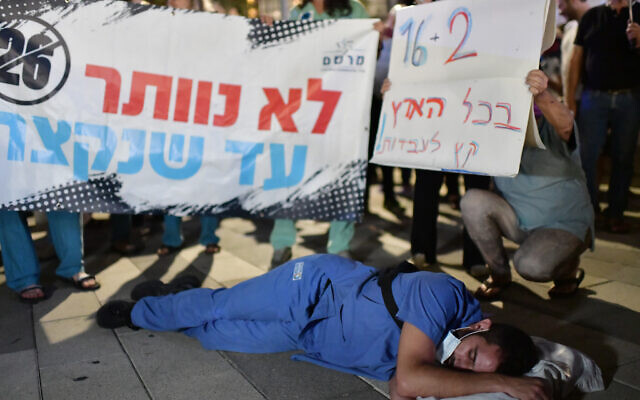 A follow-up report from the Department of Health suggested reducing shifts in the periphery and in some central hospitals to 9 p.m., a proposal supported by residents.

In the meantime, no shift changes have been made.

The government had promised that after the pilot program in the 10 peripheral hospitals, the plan would be extended to all hospitals if the required budget could be found and if a committee set up to look into the matter could establish that the level of medical care was not compromised. .

Until 2000, residents worked shifts of 36 hours and sometimes longer. That year, an agreement was signed to reduce shifts to 26 hours with a two-hour break.

In 2012, following calls to reduce hours again, the government adjusted regulations to limit residents to two shifts per week and to work no more than 71.5 hours per week.

Most hospitals have not implemented the new regulations.

According to a 2016 survey published in The Marker, 72% of medical residents worked more than 26 straight hours at least once a month, 42% did not sleep during their shift and 27% worked more than 71.5 hours per week.

Israeli cuisine is taking the world by storm. Here is your chance to participate…

The Times of Israel community is thrilled to present our new virtual cooking series, B’teavonwhere world-renowned chefs show you how to prepare classic and modern Israeli dishes.

Already a member? Log in to stop seeing this

You are a dedicated reader

We’re really glad you read X Articles from The Times of Israel over the past month.

That’s why we started The Times of Israel ten years ago – to provide discerning readers like you with must-read coverage of Israel and the Jewish world.

So now we have a request. Unlike other media, we don’t have a paywall in place. But since the journalism we do is expensive, we invite readers to whom The Times of Israel has become important to help support our work by joining The Times of Israel community.

For just $6 a month, you can help support our quality journalism while benefiting from The Times of Israel WITHOUT ADVERTISINGas well as access Exclusive content only available to members of the Times of Israel community.

Thanks,
David Horovitz, founding editor of The Times of Israel

Already a member? Log in to stop seeing this