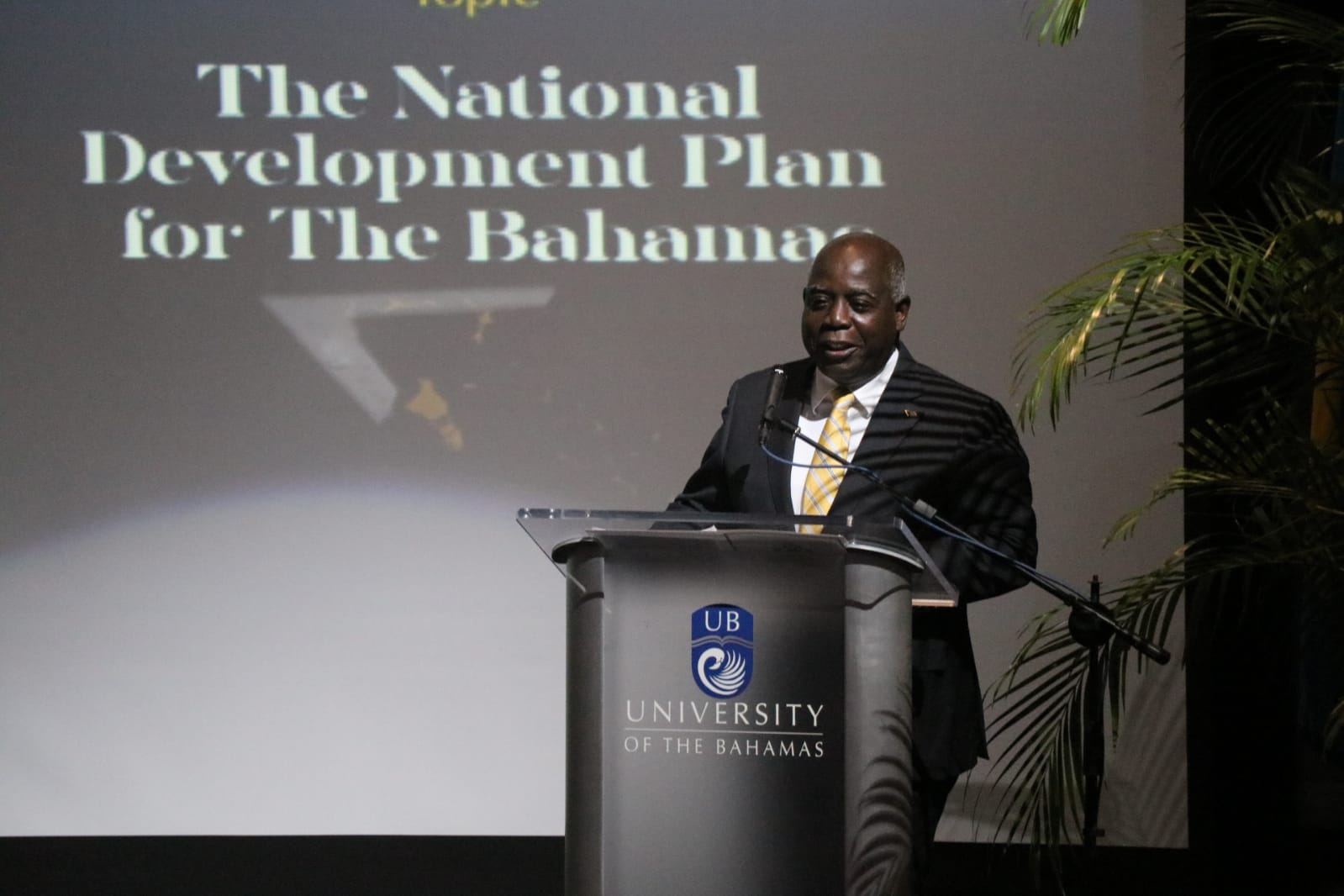 NASSAU, BAHAMAS – Prime Minister Philip Davis has said he is committed to formalizing the National Development Plan, drafts of which were developed after extensive consultations with stakeholders under the last Christie administration.

The PND is intended to be a comprehensive roadmap for the future of the country, which would guide policy initiatives and establish mechanisms for monitoring progress.

Prior to the 2017 general election, the Christie administration planned to pass a national development plan bill, but was removed from office before it could do so.

It is unclear how the plan will be adopted by the current administration, but the Prime Minister has said he is determined to do so.

His comment came during a lecture on the NPD at the Government and Public Policy Institute at the University of the Bahamas as part of a series of talks to meet policymakers.

He added: “No time frame has been set but…I had a very brief conversation earlier this year with Dr (Nicole Virgil Rolle) when she called me and we just need to put these pieces together. He there are a lot of things happening now and we need to prioritize.

Rolle played the role of organizer of the plan during the Christie administration.

Davis discussed the contributions previous administrations have made to the country while contextualizing the challenges ahead.

A caller who asked how his administration would deal with LGBT Bahamians rocked the public after claiming the administration was among the strangest in Bahamian history. The comment sparked murmurs and gasps in the crowd.

“Well, I will say…one thing, one, when I spoke, I didn’t speak about women or men, I spoke about Bahamians,” Davis said.

Later, a woman had her microphone taken away when she loudly asserted that the government was not responsible for the “choice” of LGBT people.

2022-07-13
Previous Post: Benjamin Logan School Board approves teacher and staff arming plan – WHIO TV 7 and WHIO Radio
Next Post: Why can’t we limit money in politics like the French?