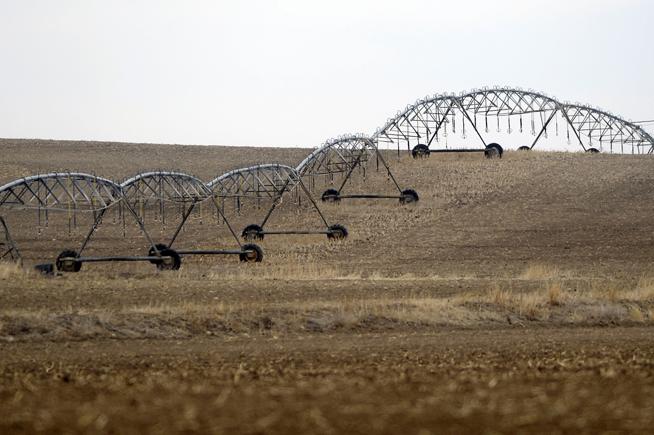 Planning for water use in Colorado through 2050 has taken a new step with a draft Colorado Water Plan 2023, which is open for public comment until September 30.

The plan is available on the Colorado Water Conservation Board website at https://cwcb.colorado.gov/colorado-water-plan, all 239 pages.

The plan contains no quick fix for the challenges facing the state’s cities, farms, forests, recreation and conservation areas. It lays out the challenges and points to potential solutions to a much shorter future on the water than what the recent past has seen.

As former Colorado judge Gregory Hobbs quotes in a preamble to the paper, “The 21st century is the age of enforceable limits on water decision-making. Due to the natural scarcity of water in the West, we are no longer developing a resource. Instead, we learn to share a developed resource.

The plan echoes Hobbs’ “share” advice with a call for greater collaboration between watersheds and water decision-makers in the state and beyond.

The headwinds in Colorado’s water use include several factors:

Still, progress has been made in addressing the challenges, the report says.

Conservation efforts have reduced per capita water use by 5% since 2000.

The cities have worked together to lease 25,000 acres of agricultural water since then, instead of buying and drying.

About 400,000 acres of storage have also been created since the turn of the century.

As water watchers know, Colorado’s water problems have a lot to do with distribution. A whopping 70% of snow – the main source for towns and farms – falls on the western slope, but 90% of the population lives on the eastern slope.

As cities grow, the demand for water also increases. In order to ensure a greater supply for urban uses, the water body is trying to avoid the drying up of farms and to alleviate environmental concerns that could harm tourism, recreation, fish and wildlife habitats. fauna, etc.

The plan proposes several strategies, including:

Although the Water Conservation Board does not build water projects, it helps with financing. Across the state’s eight river basins, $20.7 billion worth of projects are scheduled as planned projects. Of these, nearly $10 billion or 282 projects are in the South Platte River Basin, and more than $4 billion – 321 projects – are in the Colorado River Basin. These basins are among those that most impact the urban areas of the Front Range. The Arkansas Basin, which touches the urban areas of Pueblo and Colorado Springs, is planning $3.6 billion in projects.

The plan suggests that water decision makers seek to collaborate across traditional boundaries and do a better job of collecting data. It encourages the strategic location of storage or other water resources to benefit users in multiple jurisdictions while avoiding wastage caused by leaks.

This article was first published by BizWest, an independent news agency, and is published under a license agreement. © 2022 BizWestMedia LLC.