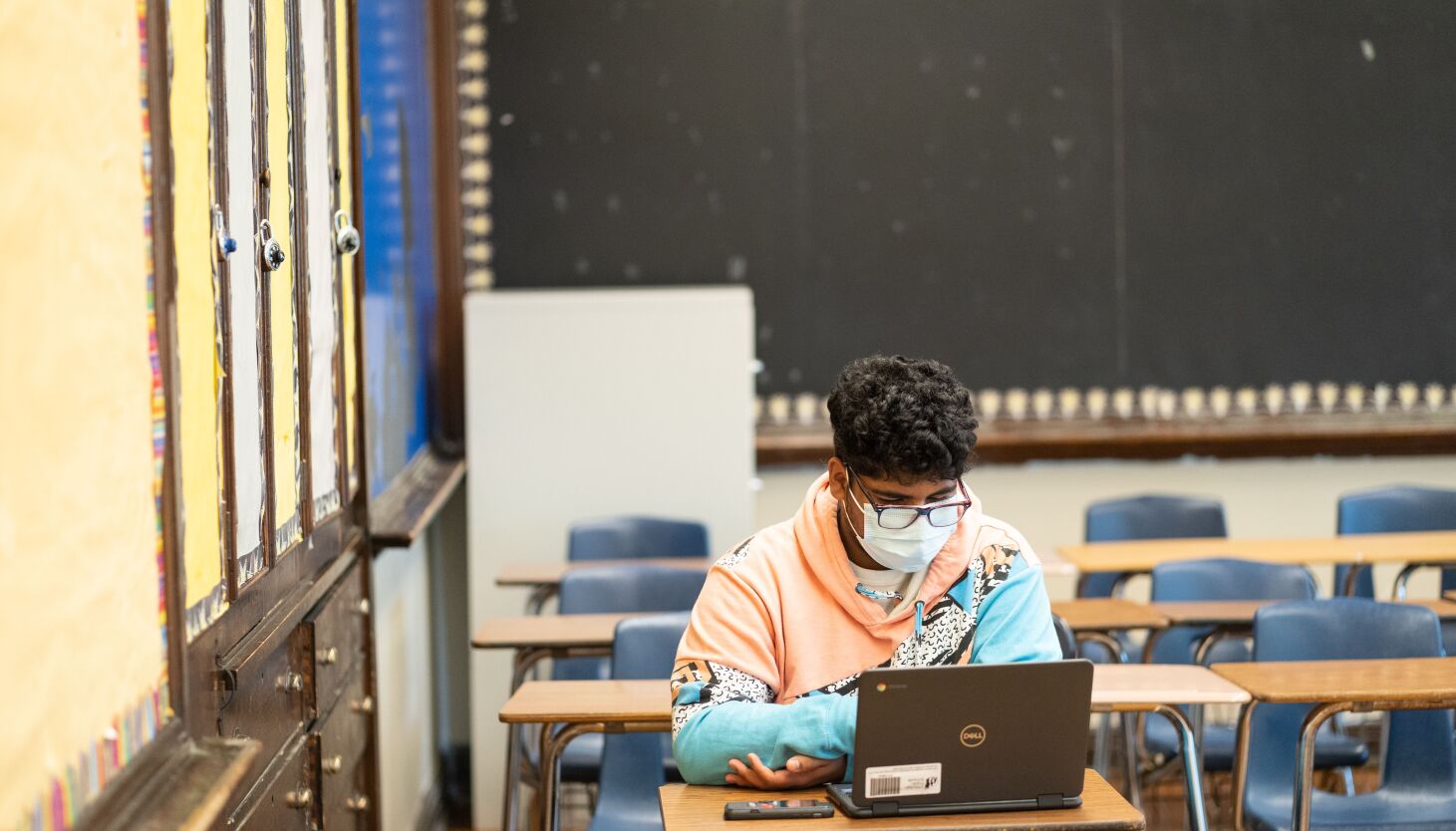 Chicago will get a smaller share of new state education funds

Chicago is receiving a smaller share of new state funding for education this year, in part due to a loss of low-income students and an increase in the property tax base.

New calculations released by the Illinois Board of Education this morning give Chicago public schools $1.75 billion in state money, an overall increase of about 1.5% over Last year.

But the state’s complex formula for determining how to fund public school districts has reclassified Chicago in a way that could mean less state money in the future and a longer road to being considered fully funded.

“They’re still getting money from the state, it’s just less money than they would have,” said Ralph Martire, executive director of the Center for Tax and Budget Accountability and one of the architects. of the state law that created the so-called evidence-based funding formula in 2017.

The state is adding $350 million to the billions it distributes to districts this year. Of this new money, Chicago will receive just over an additional $27 million. But district officials say they expected to get about $50 million.

In a statement, a CPS spokesperson said the change puts more pressure on the district at a time “when our needs have never been greater.”

“Public schools are meeting a wider range of needs than ever as we emerge from the pandemic and we need all the resources we can get,” the statement said.

Chicago lost 10,000 students last year, continuing a decade-long trend of declining enrollment. While nearly 70% of Chicago students are low-income, those numbers have also dropped as parts of the city have become wealthier.

“They’re sitting on a lot of real estate wealth and they’re not necessarily exploiting that real estate wealth to the level that they could,” Martire said of Chicago. He also noted that districts, including Chicago, are getting a windfall this year from a corporate income tax, which affects the formula but isn’t as reliable as a revenue stream.

The state legislature overhauled how it funds public schools in 2017 and promised to fund all 852 school districts in the state equitably by 2027. To achieve this, the formula categorizes each district into four tiers. Tier 1 districts receive the most state assistance to fund their schools, and Tier 4 districts receive the least. For the upcoming fiscal year, Chicago has moved from Tier 1 to Tier 2, which puts it further in the queue for fresh money.

Jessica Handy, director of government affairs at Stand for Children, said she doesn’t expect Chicago public schools to be upgraded this year because the district still serves a large population of students from low-income families.

Handy said the evidence-based funding formula is better than the system it replaced, but the state needs to increase its contribution to ensure all districts receive adequate funding.

“Illinois was a deeply inequitable school funding system,” Handy said. “Evidence-based funding has made it better because we’ve put a framework in place to make ourselves adequate. But at $350 million a year, that’s not enough to fully fund the many needs of our school districts, especially our neediest school districts.

Robin Steans, president of Advance Illinois, said the formula is designed to provide a base amount that districts can count on year after year. Any new evidence-based funding a district receives becomes part of its base funding in the coming year.

“This predictability can be very helpful to districts for planning purposes,” Steans said. “For many districts, including CPS, their base funding minimums have increased over the past five years as they received new evidence-based funding.”

Nearly 60 school districts, including many around Chicago, will receive a larger share of the $350 million in new money after being reclassified due to enrollment changes and real estate wealth adjustments.

Another district receiving a larger share of new public education funds is Homewood Flossmoor District 233, which has seen declining enrollment but also declining housing wealth, according to the formula.

Last year, an analysis released by a group of lawmakers, superintendents and experts overseeing the new funding model estimated that it would take until 2042 to fully fund schools if the state continues to invest $350 million – considered the base amount.

Pritzker and the general assembly hoped that the more than $7 billion in emergency federal COVID funding the state received would make up for not being able to add more than $350 million to the funding formula for the State.

State education advocates have warned that without an increase in state funding, schools will experience reduced services as districts base long-term staffing positions on state funding, not short-term federal funding.