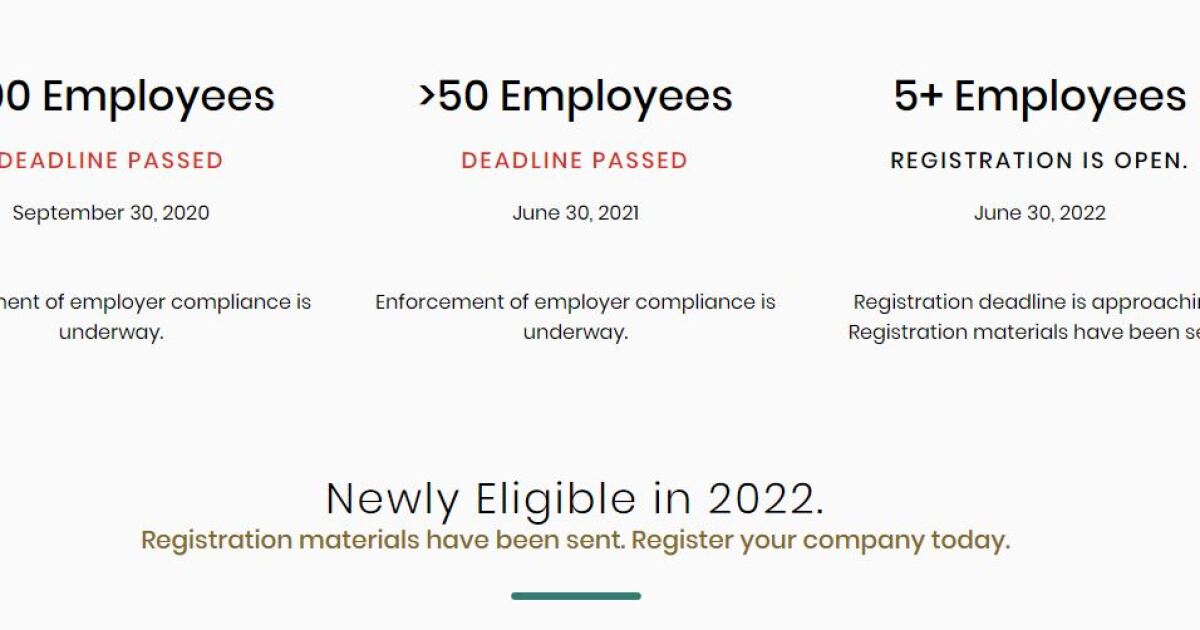 Nationally, an estimated 55 million Americans don’t have access to retirement savings plans through their employer, but the state of California is working hard to expand access to employees small businesses.

The CalSavers Retirement Trust Act enacted that all California businesses with more than five employees must offer employer-sponsored or state-sponsored retirement plans. The requirement has been rolled out over the past three years starting with the largest companies, and the final deadline is June 30. All plans must be in place by Friday, July 1.

met with the KSBY team to explain the program and its importance. She said: “Unfortunately, the reality is that almost half of working Californians are on the verge of retiring in economic hardship if they can retire,” said Katie Selenski, executive director of the board of directors. administration of CalSavers.

At the end of June, the state took a big step to close this gap and ensure that pension plans are accessible to everyone who works in a company with at least 5 employees, as well as benefits available to the self-employed and self-employed through the CalSavers portal.

“It’s a great way for the state to try to start to hopefully stem the trend of people having enough resources to spend their retirement,” said Jim Dantona, president and chief executive officer. management of the San Luis Obispo Chamber of Commerce.

Companies can either provide their own retirement plans or enroll in the state-provided CalSavers program. In any case, they must be registered before the start of activities on July 1 or face initial fines of $250 per employee. These fines can increase to $500 per employee if the situation is not resolved.

Dantona continued, “Most of our businesses in this community already offer retirement plans, 401Ks as they are commonly called, to their employees. Simply because it’s one of those things that’s considered a kind of key perk that employees crave, and since we’re always trying to fight for staff, having it is almost a must.

In San Luis Obispo County, 2,200 employers and 30,000 employees now all receive these benefits.

Selenski continued, “That’s about 71,000 employers statewide who haven’t responded yet by Thursday’s deadline, but we’re really proud of the response rate. So far, about 70 percent of Statewide employers have already gotten on board and done what they need to do before Thursday.

All employers with more than five employees must provide or be registered to provide retirement savings plans by the start of operations this Friday, July 1.