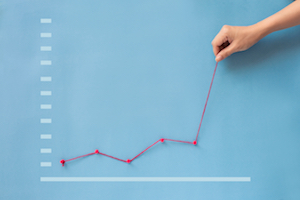 The announcement of official limits is still a few months away, but early projections from Mercer suggest nearly all qualified pension plan limits will increase by unprecedented amounts next year.

The 2023 limits will reflect increases in the consumer price index for all urban consumers (CPI-U) from the third quarter of 2021 to the third quarter of 2022. Using this measure, inflation is expected to peak level since indexing began, resulting in 7% to 11% increases for most limits, depending on their rounding levels, according benefits consultant Mercer, whose past projections have been pretty accurate.

Additionally, the catch-up limit for the non-SIMPLE plan — which has a significant rounding threshold — will jump by more than 15%, the firm notes.

Using the Internal Revenue Code cost of living adjustment and rounding methods, CPI-U through June and estimated CPI-U values ​​for July, August and September, the The company predicts that contribution limits for eligible 401(k), 403(b) and elective 457 plan deferrals (and designated Roth contributions) will increase from $20,500 this year to $22,500 in 2023.

Other planned increases for 2023 include:

The estimates can only be finalized after the September CPI-U values ​​are released in October. The IRS usually announces the official limits for the coming year in late October or early November.

Separate estimates from the Senior Citizens League (TSCL) released last month show next year’s annual Social Security Cost of Living Adjustment (COLA) could be 10.5% next year, the highest in more than four decades, based on June CPI data. .