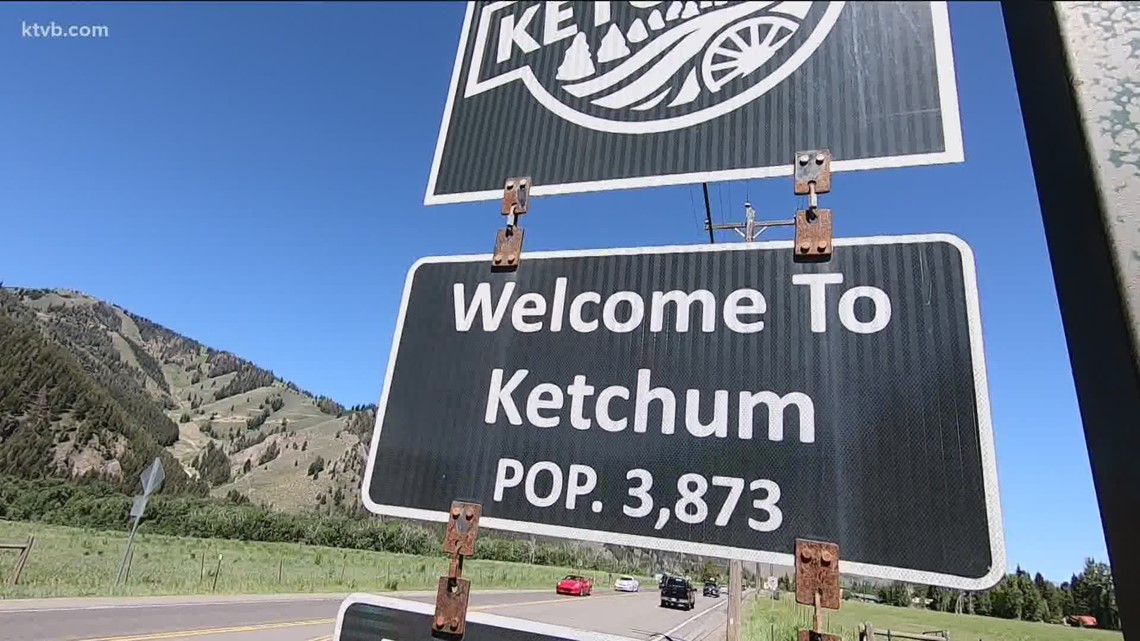 Data from the Ketchum Housing Assessment shows that the town will need approximately 660 to 980 units over the next ten years to keep up with growth and needs.

KETCHUM, Idaho — Ketchum leaders have developed plans to ensure more affordable housing is occupied by those who work and live in the city as Blaine County continues to grow.

“The situation has been difficult,” said the mayor of the city of Ketchum, Neil Bradshaw.

Bradshaw said Ketchum employees, like nurses, teachers and restaurant workers, are forced to find homes outside of town and further south, such as in Twin Falls. Due to long commutes, local businesses struggle to find employees, resulting in shorter hours and fewer days of operation.

According to Ketchum data, over the next 10 years Ketchum’s population grew steadily and saw tremendous growth in 2020 due to the pandemic. Short-term rentals (STR) increased by 49%.

“We really want to provide as much support as possible for our businesses and support for the businesses as well that serve our tourists in our city,” Bradshaw said.

Data from the Ketchum Housing Assessment shows that the town will need approximately 660 to 980 units over the next ten years to keep up with growth and needs. The assessment found that its workforce lives mostly in lower- or middle-class households (less than $45,355 per year or $23 per hour). The assessment indicates that around 60% of “local renters live in unaffordable housing”, meaning they spend more than 30% of their gross income on housing.

“I think the community always knew there was a problem,” said Michelle Griffith, executive director of ARCH Community Housing Trust. “I think community members recognize the need and they’ve seen the downsides of not having housing. Businesses are closing and hours are limited.”

To help fund more affordable housing for Ketchum’s workforce, city leaders unveiled its Housing Action Plan which hopes to increase access, creation and preservation of housing for a range of income.

The plan is divided into various short-term and long-term goals, which are: to produce and preserve housing, to improve services to create housing stability, to use resources to inform, engage and collaborate, and to update housing policies. promotion of housing.

“I think just starting the conversation and getting stakeholders involved is the best thing,” Griffith said. “The plan identifies a number of avenues, including trying to encourage homeowners to put existing homes into an LTR pool that has immediate benefit, which is very helpful.”

The plan hopes to secure a minimum of 650 housing units for the local workforce over the next ten years, ensure that at least 60% of housing in the city is owned or occupied long-term and that 40% of workforce can actually live in Ketchum.

“If we only have second homes, if we only have dark homes, that doesn’t make for a healthy city,” Bradshaw said. “With more people living and working in our city, it will be good for the health of our city.”

To help fund part of this plan, the city is proposing a ballot measure that would increase local option taxes (LOT). If adopted, the LOT percentages would increase by 0.75% on retail sales, 2% on accommodation, 2% on alcoholic beverages and 1% on building materials. Bradshaw said that under Idaho law, resorts are able to offset visitor service costs.

Voters will decide on May 17 whether or not to increase LOT collection percentages.

Bradshaw also said the city is also able to generate funds from construction through its existing housing funds. Part of the funds have already been used for the Bluebird Village project.

For more information on the housing plan, click here. City Council will review the final draft on May 9.

Check out the latest news from Treasure Valley and Gem State in our YouTube playlist:

2022-04-21
Previous Post: Colorado governor and state lawmakers have $200 million plan to tackle homelessness – The Durango Herald
Next Post: Couples money therapy is a joint account or nothing