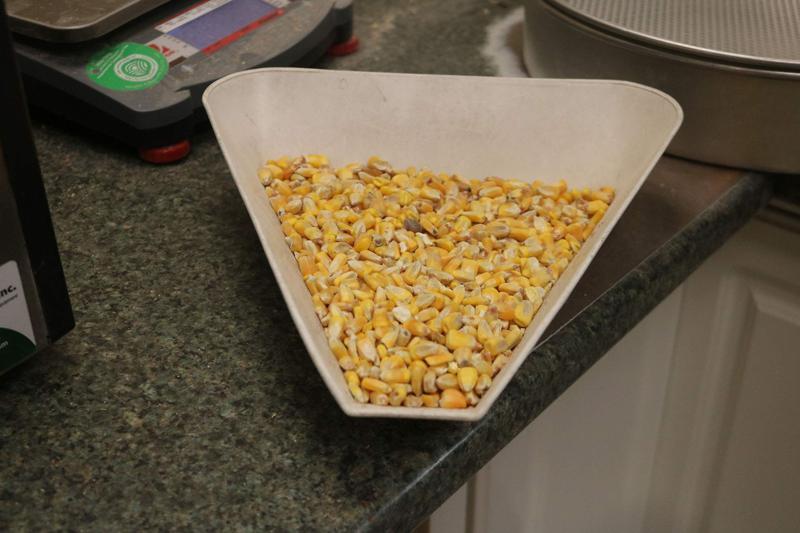 A warmer atmosphere holds more water, which means it takes longer to rain. When it happens, it’s more often a torrent than a shower 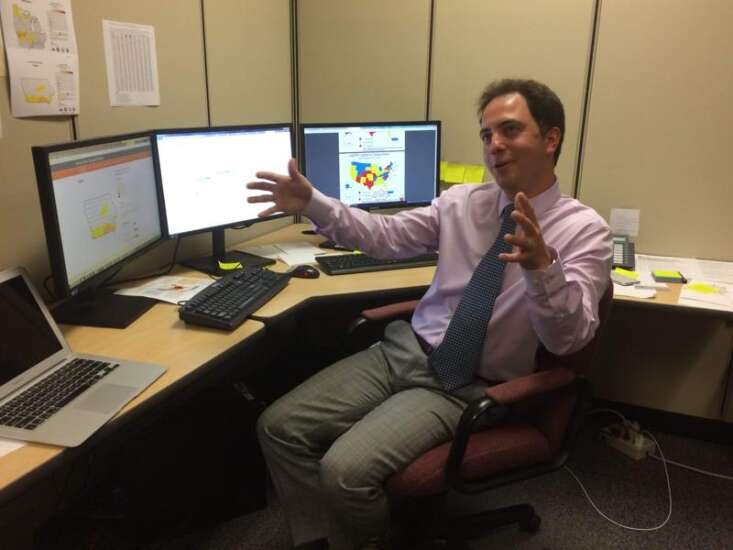 CEDAR RAPIDS — As nights remain warmer and rainfall is less consistent, Iowa is at risk for more frequent droughts.

That’s why state officials want to craft a drought plan that would include a trigger point to call for precautions, such as water rationing.

“The benefit of a trigger is that it gives you something to point to,” said Tim Hall, chief of the Iowa Office of Geological and Water Surveys at the Iowa Department of Natural Resources.

About 20 emergency management officials, water treatment workers and others gathered Thursday at Kirkwood Community College in Cedar Rapids to talk about the need for a drought plan and what should be in it.

This is one of five stakeholder meetings across the state.

Climate Central reported that Iowa, Montana and Oklahoma have the worst vulnerability to drought among the 50 states based on drought exposure and sensitivity as well as adaptive capacity, State climatologist Justin Glisan said Thursday.

“We don’t irrigate across the state or have the capacity to irrigate,” Glisan said of Iowa’s agricultural crops, primarily corn and soybeans. “Our crops need water. Corn needs 25 inches of water per year to grow.

Glisan and other state officials hope that by creating a drought plan, Iowa can reduce its vulnerability.

Iowa’s average daily temperature has risen about 1.3 degrees since 1895. That doesn’t sound like much, but most of that change happens at night, when cloud cover traps daytime heat near the Earth.

A warmer atmosphere holds more water vapor — about 4% more in Iowa — and doesn’t drop it as rain until it reaches critical mass.

That means Iowa is more likely to get 3 to 4 inches of rain in a few hours, leaving some parts of the state very wet, while others are still experiencing drought, Glisan said.

Much of Iowa faced drought last summer. Despite a wet octoberwhen an average of 5 inches of rain fell across the state, much of Iowa is still dry.

Participants at Thursday’s meeting said the drought plan should take into account rainfall – here and in the watershed further north – soil temperature and moisture. They said having a state plan that defines drought will make it easier to impose water restrictions if needed.

Hall said one idea was to create a drought website, similar to the Iowa Flood Information Systemwhich could collect data on drought risk and model how it would affect different parts of the state.

DNR, Iowa Homeland Security and Emergency Management, and the Iowa Department of Agriculture and Land Stewardship plan to create a draft plan by October that will be available for public comment. . They hope to have the final plan by the end of the year.

2022-07-21
Previous Post: Pension plan sponsors worried about underperformance in volatile market | New
Next Post: DC’s Jim Lee Confirms There Are No Plans For The Return Of Zack Snyder Or The SnyderVerse