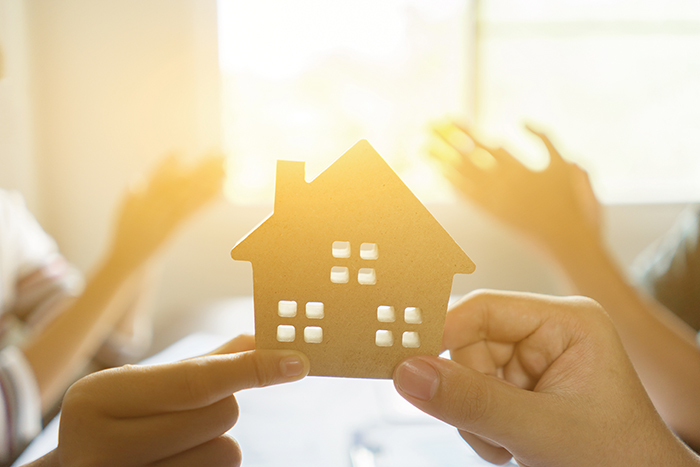 Few cohabiting couples would view living together as a potential source of vulnerability, but it can be.

These couples do not have the same legal rights to property, money and other assets, such as pensions, as those who are married or in a civil partnership. So if the relationship breaks down or if one of the partners dies, some partners may find themselves financially vulnerable.

Despite best efforts, the law remains largely unchanged, but there are still things couples can do to protect themselves

However, this is not something that cohabiting couples generally accept, in part because no one moves in with a partner thinking the worst will happen. The “common-law partner” myth can also lead couples to mistakenly assume that they have automatic rights to property and assets.

Living together is how many couples put their relationship on serious footing. Over the past decade, the number of cohabiting couple families in the UK has increased by 22.9% to reach 3.6 million in 2021, according to data from the Office for National Statistics.

My client’s daughter does not want marriage and a civil partnership gives her the same legal rights. But there is a lack of awareness about it

If these relationships break down, there is no court order to ensure that the assets are fairly divided and the financial needs of both partners are met, regardless of legal ownership. Similarly, if one of the partners dies, the surviving partner has no automatic right to a share of the property held solely in the name of his partner, nor to his estate.

Many cohabiting couples will also not automatically be entitled to a deceased partner’s pension.

While there are some laws that cohabiting couples can rely on, it’s a hodgepodge of family, property and trust laws, which family lawyers say are often complex and unclear.

Many clients who consult Desmond O’Donnell, a family law attorney at Thomson Snell & Passmore, believe they are protected as common law spouses. It’s a shock when they’re told that status doesn’t exist, and O’Donnell says it can lead to great hardship and injustice.

An example is a client who had to leave the house he had shared with his former partner for almost 10 years.

“He had assumed, having contributed to various utility bills – but not the mortgage – during this period, that he was automatically entitled to an interest in the property,” says O’Donnell. “Not so.”

Peter Burgess, a partner at Burgess Mee Family Law, even thinks that students should learn that there are no common-law spouses, as part of the personal, social, health and economics curriculum.

“It’s a trap that so many people fall into,” he says. “I tell people about it all the time, both inside and outside of work.”

According to Matthew Booth, a partner at the law firm Payne Hicks Beach, the inability to make a financial claim against an ex-partner in a long-term cohabitation can cause significant harm to the other partner.

“Most often it’s always the female partner, who may have given up her career to care for the family’s children full-time,” he says.

“Despite a cohabitation of, say, 20 years, if the relationship breaks down, she may find herself with no interest in the family home, no request for capital provision, no earning capacity – or only limited -, no right to maintenance of the spouse and no possibility of participating in the retirement pension of his former partner.

My client assumed, having contributed to various utility bills – but not the mortgage – that he was automatically entitled to an interest in the property. not so

A woman in this situation can only submit a financial request for the benefit of children under the age of 18.

“In other words, there is no legal or financial recognition of his contribution to this 20-year partnership,” Booth says.

Maintenance of children is the same for cohabiting couples as for married couples and Schedule 1 of the Children’s Act offers some protection where the family home is in the name of only one partner. The other partner may be allowed to live there until the children turn 18. At this point, the property would be returned to the partner who legally owned it.

Burgess has seen devastating situations happen to former cohabitants as an “unfortunate byproduct of our law.”

He says: “In my opinion, it is unfair that people in these relationships are facing a financial time bomb. They can be left dry without knowing it.

Many believe that the law in this area needs to change.

Cohabiting couples may be vulnerable compared to some married couples, but vulnerability does not operate in silos

“The Law Commission was tasked with reviewing the law and focused on the financial hardship suffered by cohabitants and their children when their relationship breaks down or if one of the parties dies,” explains Claire Porter, associate at law of the family at SAS Daniels.

“Despite all efforts, the law remains largely unchanged, but there are still things couples can do to protect themselves.”

Some commentators argue that living together does not, in itself, make cohabiting couples more or less vulnerable than anyone else.

“They may be vulnerable compared to some married couples, but vulnerability doesn’t work in silos,” says Tim Farmer, co-founder of cognitive assessment app Comentis.

People can be left dry without knowing

“There may be a married couple where one partner is extremely in debt and the other cannot escape that debt. But, if they are cohabiting, that partner might say, ‘I don’t want to be involved in this- in” and move away. This could therefore make them less vulnerable.

In Farmer’s view, instead of identifying a primary trigger for potential vulnerability and focusing on that, advisors should look at other factors to build a holistic picture of a client’s vulnerability.

From a financial planning perspective, counselors can consider a variety of things to protect cohabiting couples.

Retirement appointments need to be up-to-date, as do wills and cohabitation agreements — contracts that define who gets what in the event of separation.

Andrew Gillett, head of wealth advice at BRI Wealth Management, said one of the challenges for advisers is that assets cannot be transferred between the couple without being subject to tax.

Despite living together for, say, 20 years, if the relationship breaks down, the woman may find herself with no interest in the family home.

“It can make capital gains tax management planning [CGT] and inheritance tax [IHT] more difficult, because the transfer of assets between the two is a taxable event for CGT and also a potential transfer exempt for IHT,” he says.

Additional life cover may be required to meet potential tax liabilities, he adds.

Gillett says couples should also review any existing life insurance policies to make sure benefits can be paid to the right people.

“This may require them to place the policy in a trust to ensure the survivor receives the benefit in a tax-efficient and timely manner,” he says.

Nicola Crosbie of partner firm Moran Wealth Management in St James’s Place says the adviser’s role is also to educate clients about the financial realities of co-living. She says some clients don’t want to get married. They may have watched their parents divorce and think it’s too messy.

However, the daughter of one of his clients has opted for PACS as an alternative to marriage because PACS is now available to heterosexual couples.

It’s unfair that people are facing a financial time bomb

“She doesn’t want marriage and a civil partnership gives her the same legal rights,” Crosbie says. “But there is a lack of awareness about it.”

In Crosbie’s experience, older cohabiting couples are more likely to understand the need for planning in the absence of the same rights as married couples. They often want to support adult children and their partners.

“I have a client who is over 70. His wife is deceased, but he has a partner and children from his marriage,” says Crosbie.

“He has an NHS pension and has approved a form naming his partner as beneficiary, so she would inherit a third of his pension.”

This article appeared in the June edition of MM.