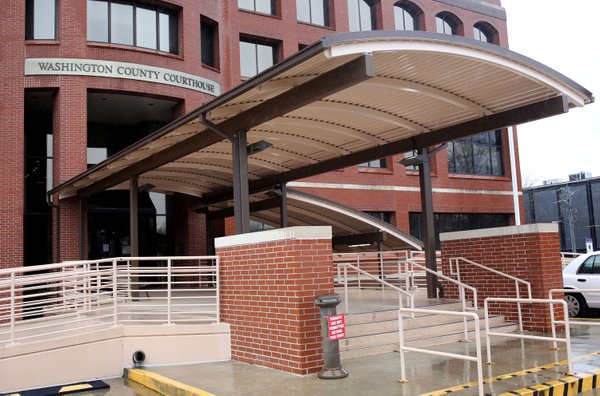 FAYETTEVILLE — Washington County justices of the peace on Tuesday approved a sheriff’s office plan that will raise salaries for jail and communications workers at a cost of about $667,000 for the remainder of 2022.

Chief Deputy Jay Cantrell told the county’s finance and budget committee that the sheriff’s office has vacancies, so no new money will be needed this year.

Sheriff Tim Helder told the county personnel committee on Monday that the new pay plan was modeled after the one used by the Fayetteville Police Department. Helder told justices of the peace that the county was having a harder time recruiting and retaining employees, saying “we don’t measure up to our peers” when it comes to compensation.

The committee also approved a number of title changes within the sheriff’s office. Cantrell said the changes were primarily a matter of “bookkeeping” which allows employees to increase their salary when they have met certain training or time requirements in a pay grade without having to go through the change process. job title.

The Finance and Budget Committee voted to send an order creating the new position to the full Quorum Court for consideration. The Court of Quorum will meet on June 16.

Helder told the county personnel committee on Monday that the sheriff’s office needs someone with expertise in law enforcement and detention issues to work with the rest of the command staff. He said there was “a slight increase” in the number of lawsuits filed against the sheriff’s office and the trend nationwide is for such lawsuits to increase elsewhere. Helder said his office “is specifically inundated with Freedom of Information requests” and that a recent lawsuit shows the need for information to be reviewed to be certain it can be released. Helder said legal counsel can also help with the training and education of sheriff’s office employees.

“It’s paramount that we have the right policies in place,” Helder said.

The Finance and Budget Committee also approved an order accepting approximately $904,000 in state grants into the Department of Emergency Management grant fund. About $555,000 of the money will go towards machinery and equipment for the urban search and rescue program, the SWAT program and other emergency programs.