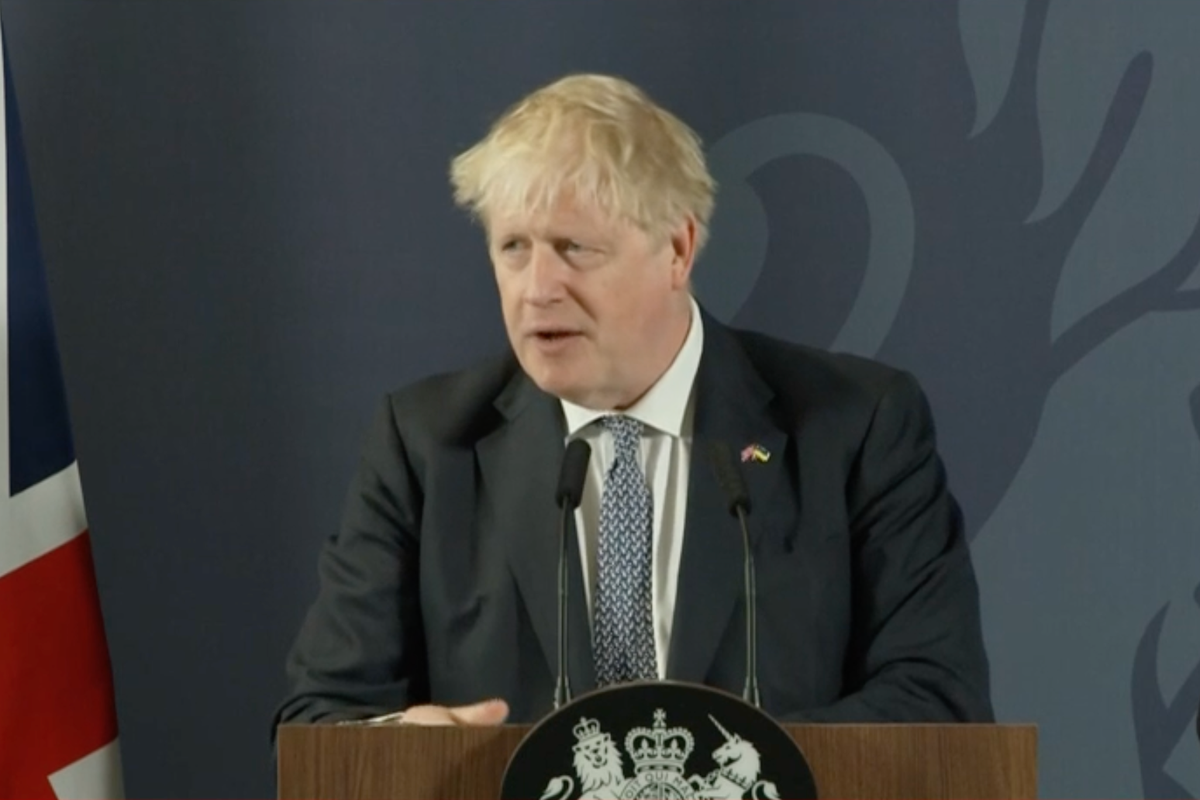 Boris Johnson delivers a speech on new housing plans that will allow people to use their benefits to access the property ladder.

The Prime Minister is expected to unveil the policy in a speech in Blackpool on Thursday afternoon, in a bid to salvage his political career after 41% of his MPs said they had no confidence in his leadership.

However, the government’s right to buy plan has been branded a ‘dangerous thing’ by the charity Shelter, with the group’s chief executive calling on the PM to ‘stop wasting time’ on failed policies .

Shelter CEO Polly Neate said the government’s promise to replace social homes sold through the right to buy “has failed”.

“The government needs to stop wasting time on the failed policies of the past and start building more of the safe social housing that this country really needs.”

Boris Johnson has confirmed plans to extend the right to buy to tenants of housing association homes.

He said there are 2.5 million households whose homes are owned by associations, saying “they’re trapped, they can’t buy, they don’t have security of ownership, they can’t consider their house like theirs or make the improvements they want”.

He said some associations treated tenants with “scandalous indifference”.

“So it’s time for a change. Over the next few months we will be working with the industry to deliver a new right to buy system,” he said.

Mr Johnson added it would give ‘millions’ more the opportunity to own their own home and see ‘one-for-one replacement of every social housing unit sold’ while being affordable within existing spending plans.

“We are on your side”, insists the Prime Minister in the face of the drop in the standard of living

Boris Johnson has reiterated that the Government is on the side of the public amid the worst living standards in 40 years.

“It is not fair that the size of central government has increased by 23% since 2015,” he said.

“There are 91,000 more civil servants than there were. I believe we have the best civil service in the world but, given the current pressure on families, we need to find effective ways, to bring Whitehall back to the size it was only five or six years ago.

“I think that’s something we can achieve without hurting the public services they provide.”

“Thanks to the planning reforms we have put in place over the past decade, housing construction rates have reached a 20-year high – outside of London,” the Prime Minister said.

He added: ‘In London, the current mayor is not showing the speed or scale of his immediate predecessor.

Economic instability of war in Ukraine will lessen over time, PM says

Boris Johnson has warned Britain that there is no quick fix to the instability caused by Russia’s invasion of Ukraine, but that the economic consequences of the war will lessen over time .

In a speech in the northern town of Blackpool, Johnson said now was not the time to stop supporting Ukraine and that although the prices of gas, oil, grain and fertilizers had increased, the West could not force Kyiv to accept the peace terms dictated by the Russian President. Vladimir Poutine.

“And I know there are some who, they say, maybe not in this country but elsewhere, that the price of supporting Ukrainians is now too high and that they should be encouraged to accept whatever conditions they Putin might ask. I don’t believe that option is really open to us,” he said.

“Over time, I think the economic consequences of the war in Ukraine will subside.”

In his speech, Boris Johnson alluded to reducing tariffs on food not produced in the UK.

“We don’t grow a lot of olives in the UK, why do we have tariffs on bananas?” the Prime Minister asked, joking that many bananas are not grown in Blackpool.

Boris Johnson’s plan to allow low-paid workers to use housing benefit to pay mortgages is ‘totally out of touch with reality’ and unworkable, experts say.

It comes as the Prime Minister tries to refocus MPs’ attention on the domestic issues facing the country after narrowly surviving a vote of no confidence with his political authority badly weakened.

In a speech in Blackpool on Thursday, Mr Johnson will also announce an extension of Margaret Thatcher’s flagship right-to-buy policy for housing association tenants – but the plan has previously been called ‘baffling’ and ‘ unachievable”.

Read the full story below:

Boris Johnson has said the government cannot protect everyone from the cost of living crisis.

He added that an “inflationary spiral” will follow if wages continue to drive prices down, adding that the best solution is to raise interest rates.

‘We’ll get through this,’ says Boris Johnson

Boris Johnson, speaking in Blackpool, called on the UK to come together.

He says the UK is “currently leading in the wind” as the war in Ukraine and the aftershock of Covid create global price pressures.

“We will get there, just as we overcame the much bigger challenge of Covid,” he says.

The Prime Minister also called for additional support for Ukraine, stressing that anything less would allow Vladimir Putin to “twist the knife in the wound” and “the crocodile would just come back for more”.

2022-06-09
Previous Post: Guitar pedals made from tin containers part of a man’s retirement plan
Next Post: As an employee, plan accordingly – TechCrunch