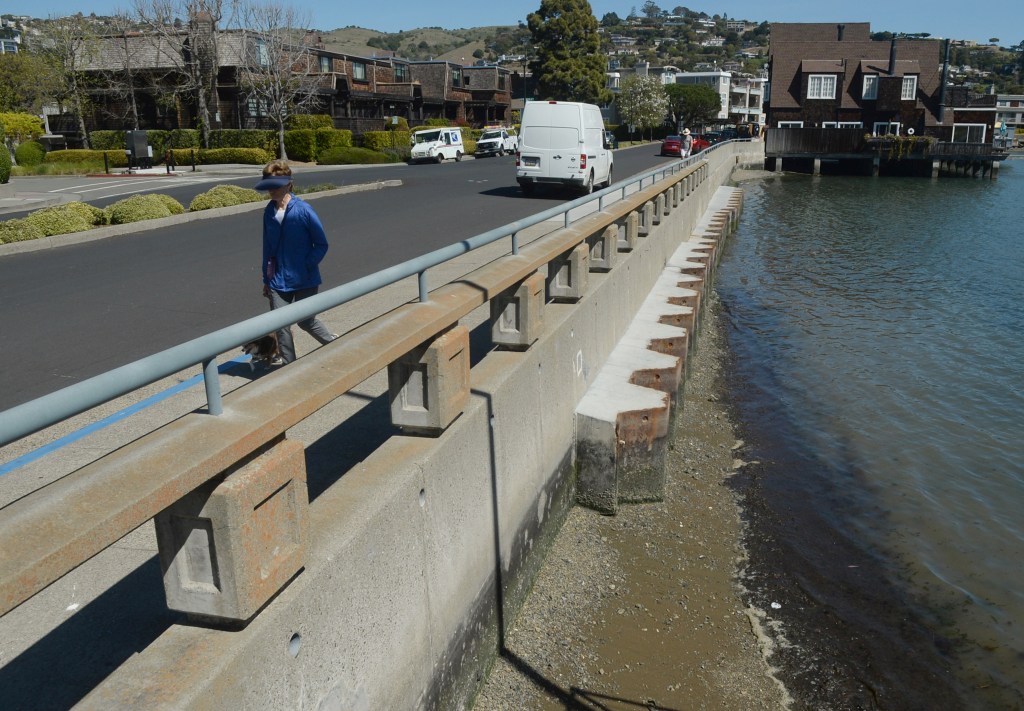 Belvedere will continue its taxes and disaster defense charter plan

Belvedere intends to move forward with a tax proposal and a new city charter to fund its seawall and natural disaster defense project.

A city council meeting on Tuesday focused on the $28 million seawall project, its financing and passing the city charter required to levy a proposed real estate transfer tax.

The board did not vote at the meeting. Instead, officials responded to questions and comments from the public, many of whom remain skeptical of the tax proposal’s fairness or viability.

The city plans to establish a city charter to levy a 1% real estate transfer tax to help fund the infrastructure plan, dubbed the “Project Protect Belvedere.” As a common law town, Belvedere does not have the power to levy this tax.

The charter and tax must be approved by a majority vote of the electorate. City officials have said they want the measures to be combined into a single ballot measure this year.

Members of the public have raised concerns about the fairness of a tax burden for relocating home sellers.

“It’s unfair to levy a tax on citizens who won’t be there to benefit from it,” said Belvedere resident Frank Greene. “A project that cannot be fully and fairly funded should not be undertaken.”

Members of the public have also organized to oppose the tax, including a new group called “Accountable Belvedere Residents – Stop the Sea Wall Tax 2022”.

The city recommends ending the tax after 30 years, with the option of ending it sooner if enough revenue is generated. The expiry date will likely be included in the tax measure when presented to voters.

“No tax is perfectly fair,” Mayor Sally Wilkinson said at the meeting. “It was the one we found that seemed to be the fairest.”

Wilkinson said in an interview that she hopes the city’s electorate will make a decision based on facts, not misinformation.

“I think it’s really great that people are engaging in the discussion around the Protect Belvedere project,” she said. “That’s our job at this point. We are at the stage of establishing the facts. We only want it to be a fact-based dialogue and we think that’s important.

City manager Craig Middleton said the charter presented to council on Tuesday was more “restrictive” than that presented at his previous council meeting in February. The previous proposal would have reserved additional municipal powers, but council instructed city staff to include only the ability to collect transfer tax.

The tax would be a one-time 1% tax based on the sale price of a real estate transfer and added to the city’s general fund. A rental income bond would be issued by the Belvedere Public Funding Authority to the city as a method of debt repayment.

The presentation of the draft charter was preceded by two discussion sessions related to the project. Middleton said the city is still awaiting the outcome of federal and state grant applications totaling about $42 million.

All grants include a city game at varying ratios.

Middleton also suggested the creation of an oversight committee to review funds raised and spent each year to provide independent analysis to the board.

Robert Zadnik, the Director of Public Works, presented the developing design details and plans for the project. The project aims to strengthen seawalls, levees and utility lines against the threat of natural disaster, primarily along San Rafael Avenue and Beach Road. Construction is expected to begin after construction plans are finalized in the summer of 2023.

A draft environmental impact report should be submitted in the spring or summer.

The plan also includes the construction of a Tiburon flood barrier. Talks are ongoing between Belvedere and Tiburon over the latter’s role in the project, according to a staff report.

2022-03-27
Previous Post: My Word | “All is not bad with the Gateway plan” – Times-Standard
Next Post: “You must get involved”: concert organized to raise funds for humanitarian aid in Ukraine