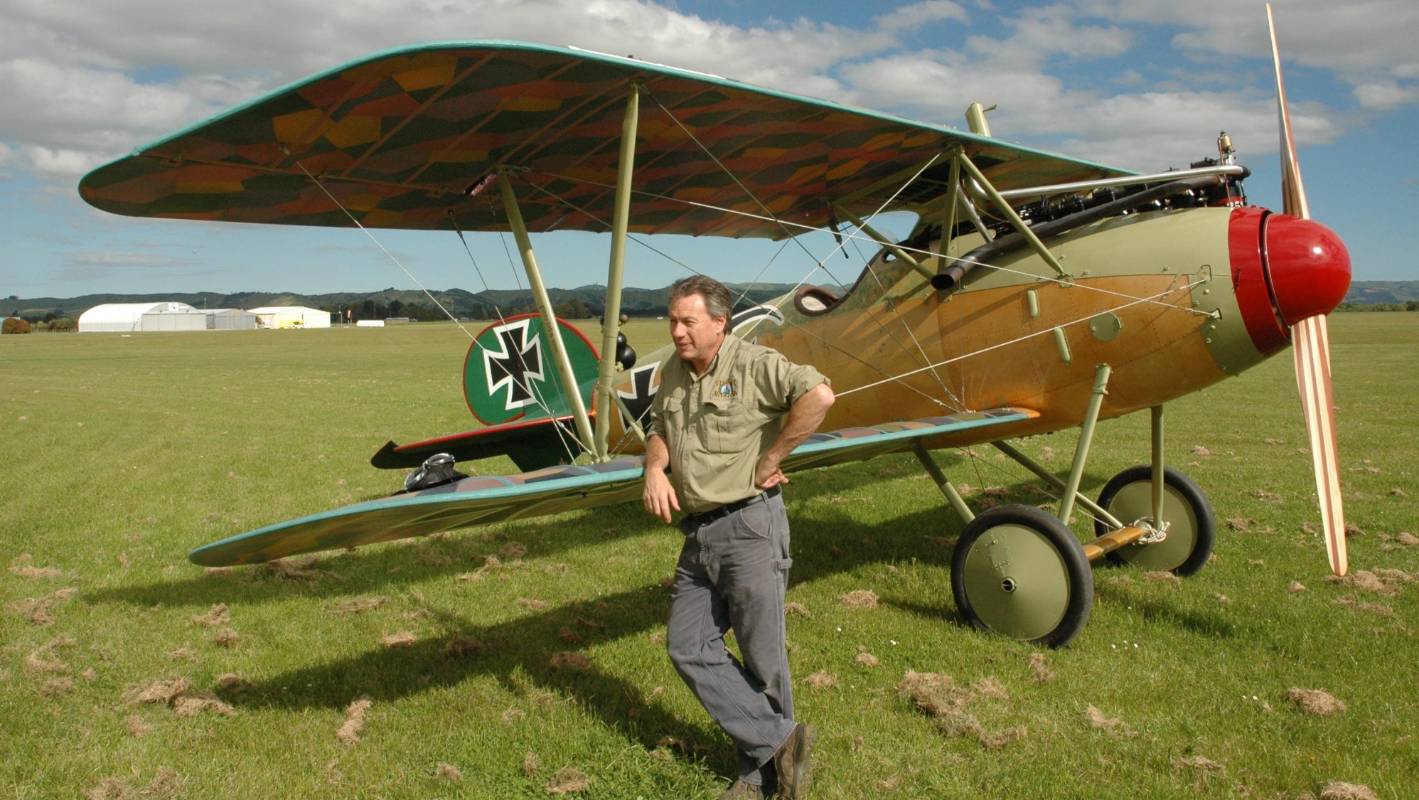 A Serious Fraud Office accountant was challenged on the basis of evidence that the accused fraud Eugene DeMarco could not have paid his filmmaker employers the more than $ 2 million DeMarco’s company received for their airplanes. era.

DeMarco, 57, was a production manager and pilot for The Vintage Aviator Ltd, a company of filmmakers Sir Peter Jackson and Dame Fran Walsh.

In Wellington High Court, he pleaded not guilty to two counts of deception and four counts of theft by a person in a special relationship.

DeMarco had negotiated the sale of three replica vintage aircraft to an Auckland-based aviation charity, the New Zealand Warbirds Association, and its chairman.

READ MORE:
* Employee added $ 540,000 to filmmakers’ vintage planes, court said
* Vintage aircraft collector signs US $ 500,000 deal with “friend”
* Filmmaker Peter Jackson says the “guppies” were in the clutches of a “piranha”
* Jackson airline employee wanted more for the job
* Surprises on both sides in a $ 2 million deal for vintage planes from the Peter Jackson company

A jury of six women and six men learned he had quoted a price of over $ 500,000 above what the planes would normally sell for, telling Warbirds there was no additional discount that could be granted.

But witnesses said it emerged the money had gone to DeMarco who put $ 1 million in a term deposit account and used $ 720,000 to pay off a long-standing loan from his employer.

Witnesses for Vintage Aviator said they were unaware that DeMarco received the money from Warbirds when he did, or that one of the planes had been delivered to Warbirds months before those responsible for the business would not find out.

When in 2017, The Vintage Aviator discovered that one of the planes had already been delivered, the President of the Warbirds was contacted and he emailed DeMarco who was then in the United States.

DeMarco said his lawyer was “in the act” and had funds in his trust account to settle aircraft sales. The trust account had just received $ 741,750 from DeMarco.

Almost $ 2 million was needed to settle the three sales and even after filing more, DeMarco and his company would not have been able to pay, Hudson said.

But DeMarco’s attorney, Marc Corlett, QC, asked for about $ 300,000. DeMarco said it was due for parts supplied to The Vintage Aviator several years earlier. Hudson said he believed there was a dispute over the amount.

DeMarco had also claimed additional payment for test flights and sales commissions, which he also had not paid.

Hudson agreed that his analysis of whether the money for the planes could go to The Vintage Aviator was a cash flow analysis based on what was in bank accounts and loans made by DeMarco.

He agreed that DeMarco’s company could also have claimed a GST rebate on aircraft sales.

DeMarco also had planes and a hangar, Hudson agreed.

Reconsidered, Hudson agreed with Attorney Sally Carter that DeMarco’s company should have paid The Vintage Aviator for the planes before a GST refund could be claimed.